So Foul A Sky at IndieLisboa

Álvaro F. Pulpeiro’s new documentary ‘So Foul A Sky’ is showing at Portugal’s IndieLisboa Festival which starts on Saturday.

The film is Álvaro’s second feature and is graded by Vlad.

Distributed by SYNDICADO Film Sales, ‘So Foul A Sky’ has previously been in competition at CPH:DOX Next:Wave Competition 2021 and Biografilm Festival Bologna Italy International Competition 2021.

There are two showings available:

Based on a novel by Joseph Conrad, Nostromo, this is a road movie across Venezuela’s borders, portraying a crumbling country. The protagonists are pirates and pilgrims navigating an oppressive atmosphere, with oil as the object of desire on the black market and the potential cause of a political and humanitarian crisis.

After Nocturno: Ghosts Of The Sea In Port (2017), Álvaro F. Pulpeiro’s second feature film, is a voyage across contemporary Venezuela. A political and sensorial road movie, in which Maduro, Trump and Gaidó’s voices arise as spectres from the radios of trucks that cross Gajira’s desert and other regions of the country. The Galician director took inspiration from the classic Joseph Conrad’s novel Nostromo (1904), which creates an imaginary country in Latin America, from where it approaches the political and social turmoil of that region. With its widescreen format and the privilege of twilight and dawn’s light, So Foul a Sky is a journey that digs up the realism and intimacy of spaces. War vessels, oil refineries, illegal smuggling, the frontier with Brazil, or simply, the skies on fire, the calm sea or the dust of the roads are elements that Pulpeiro uses to reflect the loneliness, the poverty, the political drift of a country simultaneously real and imaginary. (Carlos Natálio) 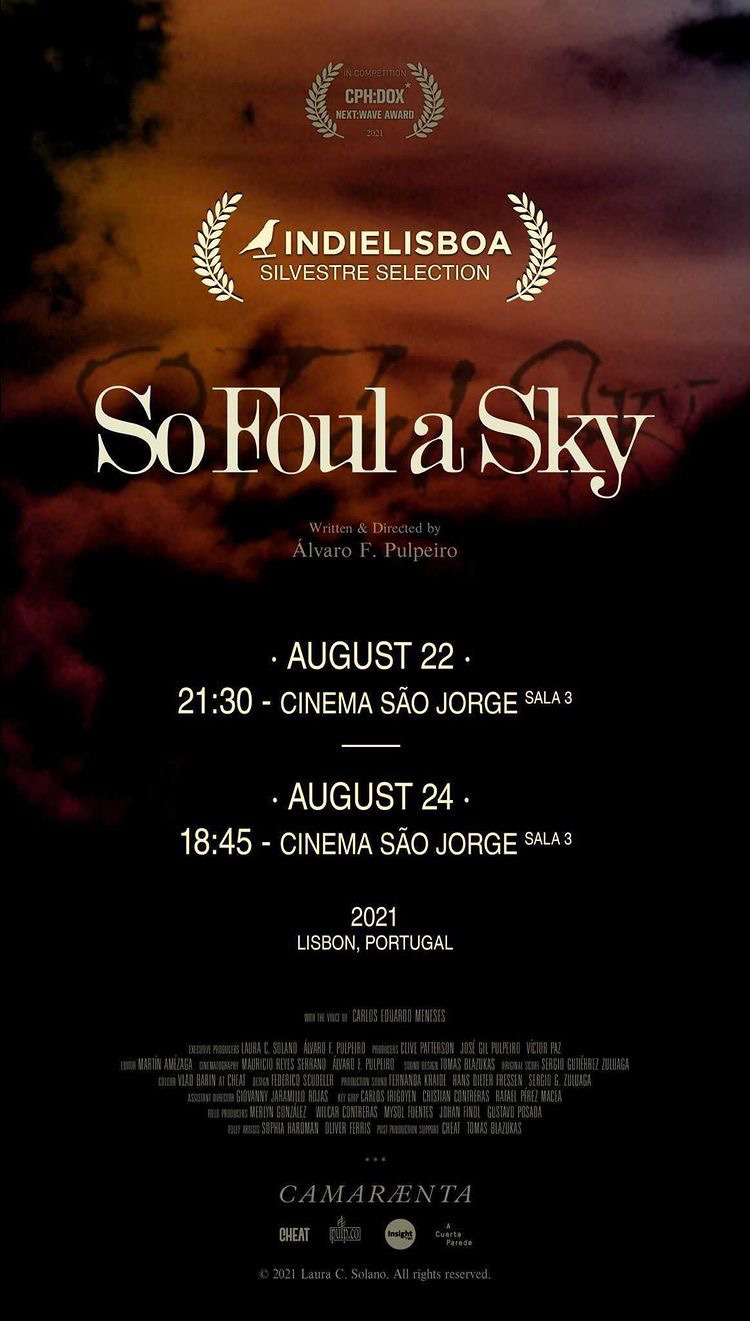