This Is Going To Hurt Q+A

We chatted to Toby and Benedict about their work on critically acclaimed comedy-drama This Is Going To Hurt.

They talk challenges, workflow, enhancing the story,  authenticity, and what’s happened since The End of the F***ing World.

How would you describe the look of This Is Going To Hurt? What was your intention with it?

Ben: The aim was to create something which felt immediate and intimate, which felt real and believable but not documentary-style. More of a Controlled Naturalism. I was very keen to bring broken things into our image, but still keeping it beautiful. Mirroring our characters, and the NHS itself.

Toby: I really wanted to reflect the tone of the characters and the NHS itself, a form of distressed beauty. My main objective was to enhance the emotions of the characters and bring extra life to the spaces they worked in. I wanted to balance a timeless filmic look that exaggerated the visceral shooting style and mixed lighting with a sense of authenticity and immediacy.

Benedict, what were the challenges you faced on set trying to achieve the look you were after?

Ben: The usual… Time, money. But really I think the challenge here was to create an environment with any kind of contrast, yet still believably be a working hospital. The worst thing that could happen would be the audience questioning the lighting!

Was there a particularly challenging scene?

Ben: Buckets of them! One of the biggest challenges was the operating theatre. Logistically these were incredibly complex days, with huge prosthetic resets, complex action for cast and a usual tight schedule. Again the creative challenge was to make it feel like a real operating theatre but also for there to be contrast and drama.

In prep we rigged the operating theatre with a large overhead lightbox of 25 LED panels, this allowed us to move our base of lighting upstage, whichever way we looked, with a simple radio call to our desk op. Almost every other lamp was also controlled by the desk, aside from the huge parabolic operating lamps. Those lamps put out incredibly focused light and were not controllable by us; they were real Operating Theatre lamps and we couldn’t get into them. They put out Tungsten light at T11 where their light was focused (they are VERY well made!). For each scene, I’d bring the spot of light from the Operating lamps very close to clipping, and then adjust all the other lamps in the room to match. In the grade we feathered the brightness of that point, keeping it feeling incredibly bright at the point of operation/incision. That also worked as a super eyelight for our cast during these scenes!

How early on did you start thinking about the post and colour grade? What did you need to consider during pre-prod?

Ben: Right at the start. And from day one [lead director] Lucy Forbes and I were very keen to get Toby involved. His film stock emulation is second to none, and although I wasn’t going for a classic “cinematic” look, certainly I wanted the feel of pushed/distressed film. Also, Toby’s understanding of mood and character brings a huge amount to the grade. I wanted to push the camera (ARRI Alexa MiniLF) to its sensitivity limit, in order to hold highlights, and speaking to Toby from a technical perspective in pre-production was vital. We shot various camera tests, with Ben Wishaw, on set. Which confirmed our decision to shoot 2000ISO. From those Toby created a monitoring/dailys LUT, which was incredibly useful for showing intent to everyone on set and on the rushes.

Toby: It was fantastic to be brought in early and start having discussions with Lucy and Ben in pre-production. Look development can be so nonlinear now so going back and forth with Ben and the tests meant we could refine the approach to optimise capture to optimise the material for the final look. By developing a solid LUT for on set and dailies meant the intention of the look was always embedded in what everyone saw, which really helped keep the vision consistent in every stage and avoid any surprises when it came to the final development of the look as we were just building on top of an established ‘world’. 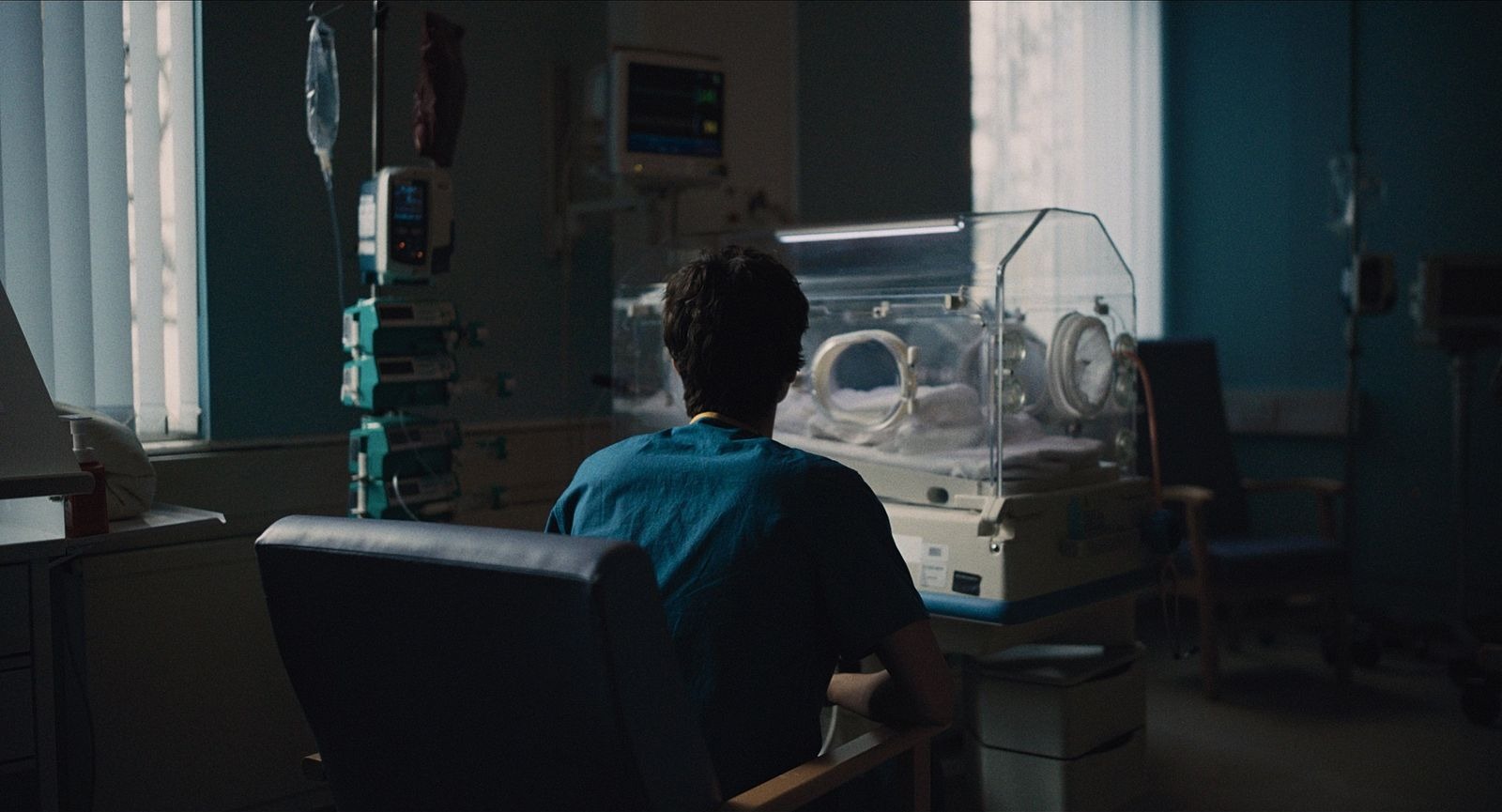 Toby, what was your brief for the grade? What were you looking to achieve?

Toby: It was a very collaborative and iterative process with Ben and Lucy that centered around experimentation and always looking at feelings which let us ‘find’ the look together that best served the story. The brief was always centered around feeling and character (both the actors and the locations) so it was lovely to interpret that and work with them to find the perfect balance of elements to bring it to life in the best light possible. Exaggerating the textures and palette Ben captured so beautifully was the main focus for much of the grade. I was hoping to achieve something that felt timeless and pushed the narrative forward as best it could, exaggerating the ‘broken but beautiful’ NHS and staff while keeping it natural and making sure it looked beautiful but gritty.

Can you give some context about the relevance of the story and how your look enhanced that aspect?

Ben: The story is both about Dr. Adam Kay but also about the people who work in the NHS, the effect it has on them and their lives; they deal with life and death all day every day. So we wanted the look of the grade to mirror that. Something slightly broken. The pushed-film look also helped enhance the immediacy of the story. We wanted the audience to be right there with Dr. Adam Kay for each scene, and to give the impression of immediacy from the grain and mess of our pushed-film look; saying this was so immediate and real we didn’t have a chance to clean it up!

Toby: I read the book long before the production of the show and absolutely loved it. I found the book very humbling and moving while also being darkly hilarious. For me, the comedy was secondary to the reality in which the series plays out, so I definitely wanted to focus on how to enhance those deeper and ‘real’ tones in the story. It could have been easy to go down a brighter cleaner comedy route but instead, I wanted to help create something authentic and dark in places that leaned into the grittier feelings being dealt with.

How did you manage the post? Was it remote due to COVID restrictions? Or a mixture?

Ben: Lucy and I went into the grade as normal, but exec viewings were done remotely. They had iPads, but it wasn’t in controlled environments. I found this a bit of a pain, as there were sometimes notes which were hard to discuss not knowing what they were looking at, but I guess it also made me think about people watching at home in imperfect environments as they undoubtedly would.

Toby: Lucy and Ben were in the suite whenever they could, with most execs attending for reviews remotely with Holly joining us in person for these as well. We have a great system here centered around an accurate colour review system called Streambox combined with iPad Pros, so even though we couldn’t always control the environment of the remote side we knew they were seeing an accurate image. It was fairly seamless but I would always prefer doing reviews in person as it can change the dynamic of conversation and lets us ‘hash things out’ a little differently than over a video conference.

Toby, tell us more about the decision to work in SDR. How did it inform the look and workflow?

Toby: Working in SDR was actually really nice as it meant we could craft a single look and run wild within it. With HDR there is always going to be some compromise somewhere between the HDR and SDR look, even if minor. Being limited to SDR really drives creativity. Sometimes with HDR there can be too many options, with SDR I find there is a sweet spot for the cinematography and the look and not much room outside of that, which I like, you know when it’s right. 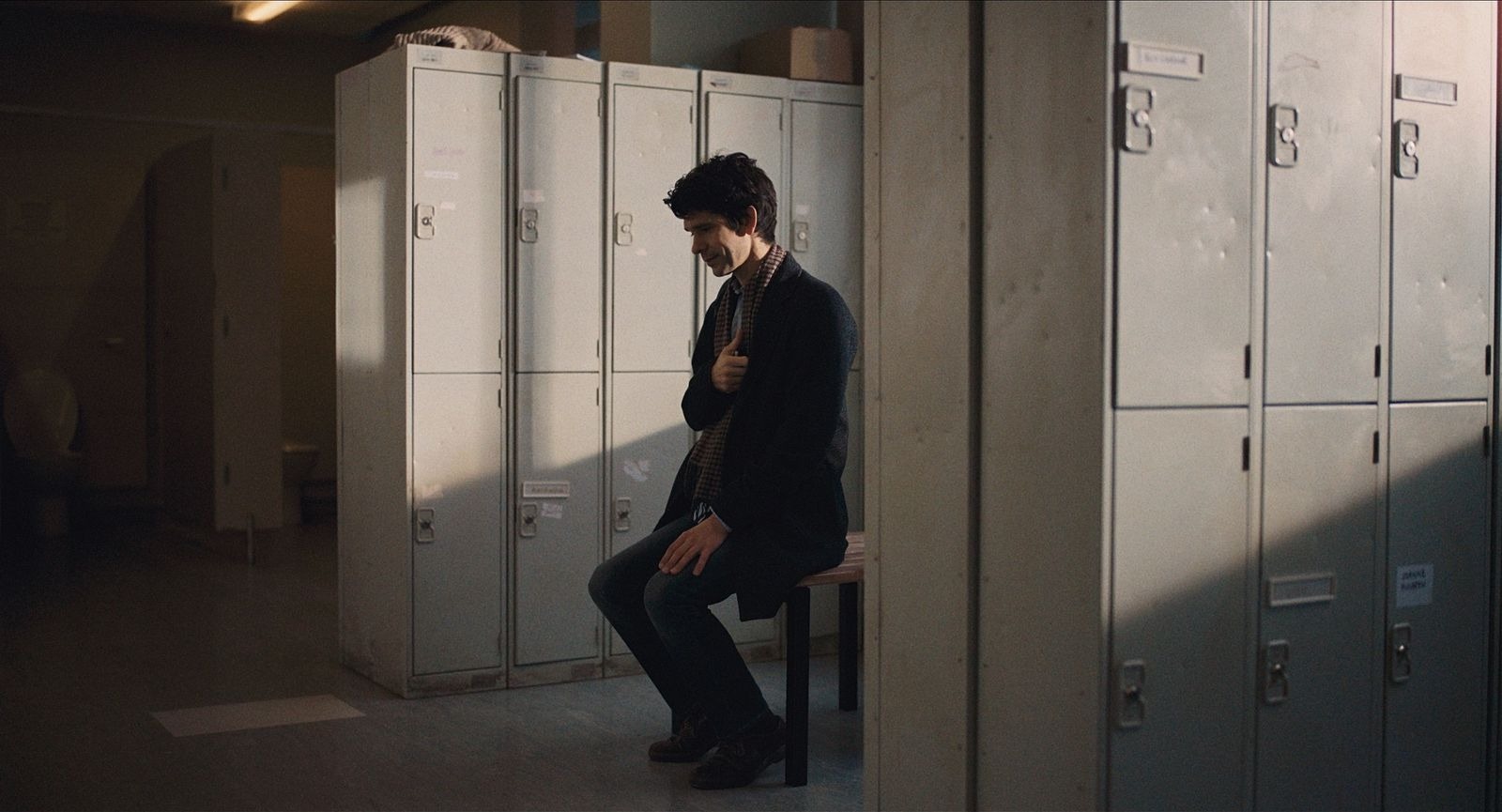 This is your second collaboration on a TV show, the first being EMMY nominated ‘The End of the F***ing World’. What about your dynamic works well? How has your process evolved?

Ben: I had worked with Toby on commercials before and since, but with TEOTFW certainly I felt it was Toby’s baby, who I had been allowed to come in and look after! But until then we hadn’t spent a huge amount of time in the suite together.. after grading TEOTFW with him I realised what a combination of fantastic technical knowledge, and understanding of character and story he had. And, again, both Lucy and I knew we wanted him for TIGTH. Process-wise, being in a dark room day after day certainly breaks down barriers, so I’m very much more open with him! “Urgh Toby this scene is a shitshow of lighting” is very much the sort of thing I’ll say now, but perhaps I would have trodden more lightly a few years ago!

Toby: TIGTH was interesting because we were evolving an existing look. It was a very collaborative process with Ben to find the balance between matching season 1 and refining the look of season 2 for HDR. We’re both total nerds but ultimately we’re always driven by feeling and story, so being aligned on how those two elements go together is where our relationship really flourishes; balancing the technical and the emotional. On TIGTH we had a clean slate and it was really fun talking through ideas for the look and having the time to ‘gestate’ the look for this show throughout the production through to its final ‘birth’.

It was also another collaboration with lead director Lucy Forbes. What’s the process with the three of you? How long have you been working together?

Ben: I’ve been working with Lucy for about 15 years, from our days of shooting Factual Entertainment, through commercials and now into scripted. I think knowing someone that long and going through that many challenging days REALLY breaks down barriers. Lucy and I will say exactly what we think to each other at any given time, not in a rude or arrogant way, more a stream of consciousness! On set, and in the grade, that means you can truly be in an open creative space; there is no wrong answer or wrong thing to say. After a couple of TV shows with Toby, I think that’s shared between all three of us now!

Toby: Lucy and I first met on TEOTFW so it was an unusual first job together (taking over from the look of season 1). I was humbled by Lucy’s care and attention on that show and I was impressed by her collaborative nature and energy. I never ceased being amazed by how much she cared, so I was absolutely delighted to be part of a TIGTH so I could see her ‘un-tethered’ this time around. Although it’s only been a couple of projects/years I think we’re starting to develop a shorthand together and the relationship between the three of us is one of the most creatively rewarding relationships I’ve had in the grading suite.