BY CREATORS, FOR CREATORS.

Ours is a community where passion and diversity are nurtured and celebrated, which is why we’re using our platform to highlight under-represented creators from all over the industry - from Colourists, DoPs and Directors to Producers, Editors, Sound Designers and anyone/everyone in between. We want to champion those who shy away from the spotlight, those who aren’t yet in the spotlight, and those who statistically have less chance of ever getting to be in the spotlight at all!

Each month, we’ll be publishing an interview with a talented creator from somewhere in the industry, nominated by the person before. They’ll be sharing their work, their ideas and, hopefully, a bit of themselves! 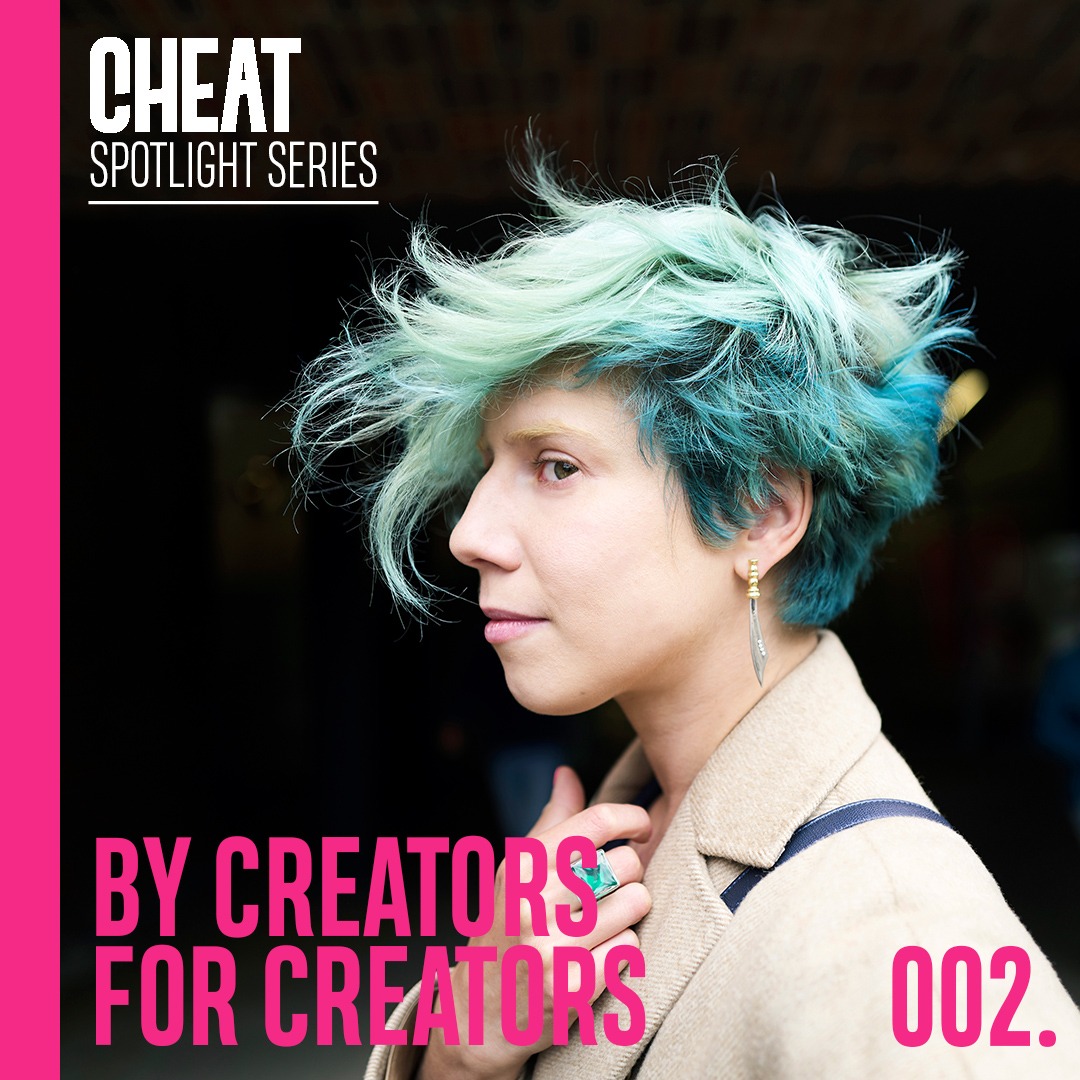 Diana began her career as a photographer before fate brought her to Kiev’s famed film school to hone her craft as a cinematographer. After moving to the UK for a cinematography masters at the prestigious National Film and Television School, she carved out her own path and really started making her mark on the industry.

Now, with two TV series with Netflix and Channel 4 under her belt, plus dozens of short films, a BSC ‘Emerging Cinematographer’ award and more, she has big plans to take over the world of long form.

An active part of the cinematography community, Diana is a member of Illuminatrix Rising, the ICFC, BAFTA Crew, and is signed to United.

We discuss shifting gears from short form to long form, how to deal with creative differences and why humans should always have the chance to fail.

Cheat: Who or what inspires you in life and in work?

I have a lot of hobbies too. I do sword practice. I do a lot of different art forms. I love fitness. Dancing. Jazz! I try to get inspiration everywhere and put it into my work.

DO: It’s been a breakthrough year for me. I shot two big shows - ‘We Are Lady Parts’ (Channel 4, Peacock, Stan AU, Sky NZ) and ‘Heartstopper’ (Netflix), made a personal project with Panasonic and Cooke called ‘Quadrality’, participated in a lot of group film projects and photography books, compilations, exhibitions - you name it! I just did everything I could to keep myself happy and interested in life. I even realised I loved running fitness classes and launched my own fitness channel on Instagram called DDSM fitness. My classes are hard yet satisfying! You should try ;)

Last year you made ‘Quadrality’ almost single-handedly. Do you ever direct as well as doing the cinematography?

DO: I’ve been directing since the very beginning of my cinematography journey. My teacher made me direct my own work as he wanted me to learn how to tell stories visually and think with the camera! I’ve shot and directed short films galore over my career. I call them art films. They are all about me really. I take what’s on my mind and expand it. It’s like visual poetry. They’re very personal. People watch them and find their own meaning.

I’ll keep creating these art films and art forms. Every month or so I come up with something, like a visual representation of a feeling and I just want to capture it. I’d love them to be in a gallery one day! 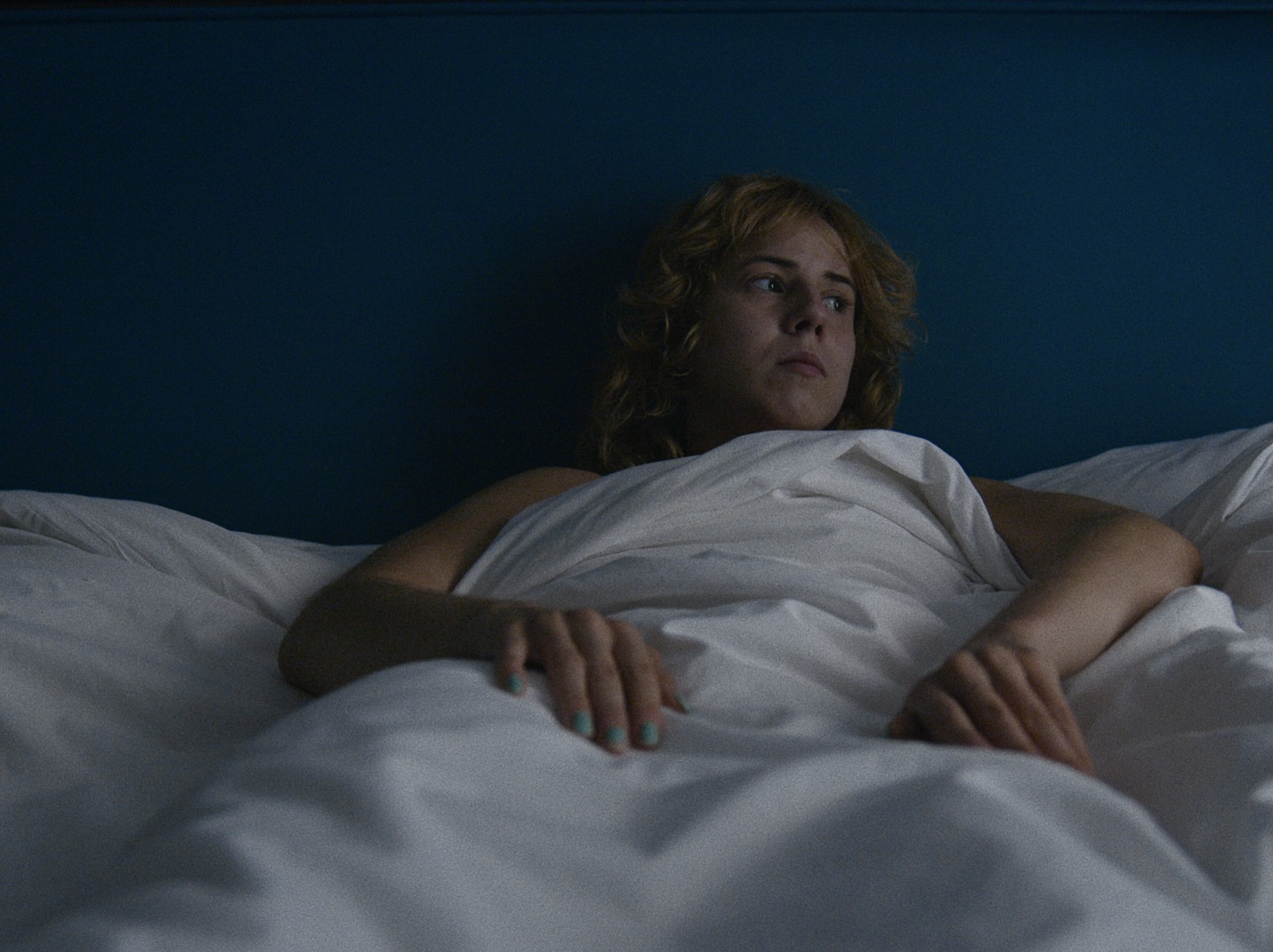 Above: Still from ‘Quadrality’ (Panasonic and Cooke)

How does this impact working with directors? And how do you deal with creative differences?

DO: It makes it easier because I understand what they’re talking about and what they need from me. It’s a very different mindset. When I’m doing my own films, it’s intuitive and I don’t need to talk too much. When I’m talking to editors about it, it’s very abstract. It’s the frame and the rhythm. When working with directors it’s important to be quite precise at the beginning so you are talking about things in the same language and creating a world through the same looking glass.

If I have creative differences with a director, I’ll usually give in if their vision is strong. I’ll always put my ideas forward though! I develop trusting relationships with directors so they know I’ll deliver what is needed for the story, and if I’m not sure of something I’ll always ask a director and we’ll come to a decision together. It’s a fluid process. I love creative discussions. When you have different opinions, it’s really exciting to dig deeper: Going through the story, thinking about the character and talking about things inside out, rather than “what will look better?”

We Are Lady Parts, which aired on Channel 4 in June, was your first TV show. How did you make the transition from short form to long form, and what were the differences/challenges making a TV series?

DO: The biggest challenge is keeping the look consistently good throughout. You start out excited and refreshed, but a few weeks in you start getting tired and it’s easy to fall into “I’ll just cover this scene simply and we can move on”. That’s why it’s so important to get a crew that won’t let you do that! You’re the captain of the ship and you need to keep going. It’s about being resistant and strong: Constantly paying attention, pushing your ideas and keeping everyone happy

Also, sometimes you need to learn to let go. Some scenes are not as important as other scenes. For some you need more expensive kit, so you need to be smart about it. There’s never enough of everything! In commercials you get more toys to play with. In narrative, you need to justify things much more.

How did you get onto We Are Lady Parts?

DO: I did a pilot with the director in 2018. It was really successful and we got on well, so the same team was invited to do the series.

And how did you get onto pilot?

DO: I had an interview with Nida for something else actually! Then she decided I’d be better for Lady Parts.

Which project you’ve been involved in did you enjoy most or makes you most proud and why?

DO: I think We Are Lady Parts. It was my first long form project and I’m so proud. We really pushed the visuals. The director was open to ideas and it all came together so well. It’s funny, makes people happy and creates change so that’s the most important thing. Also I’ve just finished a Netflix show I’m really excited about!

Above: Still from ‘We Are Lady Parts’ (Channel 4 / Peacock)

What’s the most satisfying part of what you do?

DO: When everything comes together in one frame. All the people, the ideas, everything in one frame that fits perfectly in your monitor. When everything and everyone work together: the art department, the lighting, the camera, the lenses, direction, it’s blocking, costumes, and everything pulls the eye to one place. The idea is that you can manipulate someone’s eye to look at one thing in a shot within a second. I feel very happy when I can do that, and when I can make people feel with the frame. That’s when I’m most satisfied.

We’re all about enhancing emotion and connecting with audiences in everything we do at Cheat. How do you do this in your work and how important is the grade in achieving this?

DO: I already put so much colour in rushes, so I think a good colourist should finesse it rather than change something drastically. It’s nice to get involved with a colourist before you start shooting, so you take some shots on the camera with lenses of choice, in the location if possible, with similar skin tones, then take it to the colourist and do LUTs together. It helps everyone see what the look will be like. You ideally want to have a bespoke LUT instead of Rec709 throughout the production. It can help people anticipate your final look in advance so no one will be asking questions later. It’s best to use the grade to think about colour as a symbol. Not in an obvious way, but it could be just a feeling. Toby always says “a grade should be felt, not seen.” I fully support that point of view!

At what stage or on which types of projects do you feel most free / creative in the filmmaking process?

DO: The actual filming part. I feel like I embrace the spontaneity of the moment and bring it to the shot. I love preparation but the most fun and interesting part is when I see what happens on location, with the art department, with costume, with actors, right there. I notice things I want to enhance, explore, define. Some green light just turns on inside of me and I feel extremely energized, driven and fulfilled. It’s the happy accidents. It’s about being in the moment and staying curious. Beginner’s mind.

How do you find it as a woman in the industry? Is it different now than when you started?

DO: I feel like there is a big shift happening now, in the UK at least. Women get promoted a lot and pushed a lot for projects. I see a lot more women in my profession achieving great things. I can see different ways of working and different models. Sometimes it feels like I’m a pioneer too. I get to invent my own rules and ways of being a leader. Being a leader doesn’t mean being masculine, which I used to think. It’s important to bring your femininity to it too - or whatever you want to explore and feel most comfortable in. People get used to different ways of working. Sometimes it’s hard to be a leader and not be too harsh! It’s all about balance.

Getting into the industry in Ukraine is really difficult. As a woman, people still talk to you like you don’t know what you’re doing. I remember when I first started working on set, some men would take pictures of me holding a camera like “omg look at this girl”. It wasn’t very fun! There’s ageism as well, but in the UK I feel much more accepted and appreciated, so that was a good move!

What’s the best/worst advice you’ve ever been given?

DO: The best advice is to keep going. Persistence is key! The worst is when people say you’re only as good as your last job. I don’t think that’s true. You can still fail and make mistakes. The project could turn out to not be what you thought it would, but you’ll be fine! Don’t be afraid to make mistakes. No human is perfect and you can’t be expected to be 100% all the time. Humans should always have a chance to fail. Like my gaffer Gordon Goodwin says: “Fail better. Fail betterer!” :)

See who Diana nominated to go next…

Why are you nominating them?: Because he is a very talented, kind and beautiful person full of inspiring ideas and light :) We just worked together on the TV show and he was the director’s assistant.

So Foul A Sky at IndieLisboa